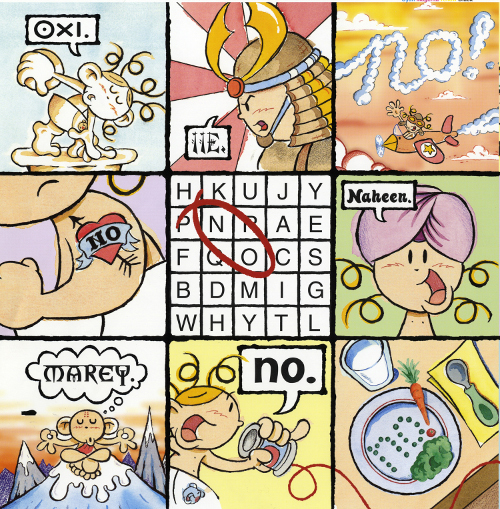 Sometimes, we know how far we’ve come not when we can say “yes” to something, but when we can clearly, and easily, say “no.”

I remember a screenwriting class I took in grad school in 2000. I got so many “helpful” suggestions from my classmates and instructor that I turned my screenplay into a psychological thriller.

Here’s the thing: I don’t like psychological thrillers, and I don’t watch them.

But I wasn’t sure of myself, or my work, so I took in everything everyone said and kept changing it to satisfy them and make it “better.”

I never did finish that script.

So now, nine years later, when an actor asked me to change my entire script (which was already accepted to the festival as is, and beat out a bunch of other scripts to get into that festival), I easily said no.

One word can say so much.